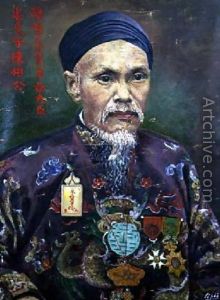 He glanced at the clock, then stood up and started walking down one row of desks and another. I thought for a minute he was going to get nostalgic, tell us about when he was young and drove for Yellow Cab, back when he was starting out in life. Old men are fond of nostalgia; it becomes their escape of choice. At first you couldn’t hear him, he was talking so softly, but that was only one of his ten thousand unscrupulous ways of getting all 36 of us listening. And it wasn’t the cab story after all.

“A person must plan for the future, and for most of you, work or school or a combination of both is your immediate future. So you must consider your options and interests and plan. You will be your own boss. If you don’t plan, you may end up like a person I know well.

He didn’t consider his own future, and now, even though he’s of retirement age, and should be on some tropical island, under an umbrella, sipping on a Pina Colada with his toes in the sand, he’s still hard at work teaching kids not to make the same mistakes he did.

Today, the SWBAT is, Students Will Be Able To- guess what a particular job is, based on the description. But you all know me by now. You know it will be ridiculously easy. Write it down on a piece of paper with your name. Each correct guess will earn a Botan rice candy. Ready?

First it’s the Pledge of Allegiance; second, they take roll, then on with the show.

That’s ain’t all folks. You ain’t seen nothing yet.

He or she manages crowds of students in mass, like an Exodus of Learning. Yet they hear every individual sigh, inspirational answer, bored yawn, comment, or complaint. Their ear favors no man or woman, no girl or boy.

They moderate like a seasoned moderator at the United Nations.

They gauge, measure, and adjust the environment. He is king or she is queen of the thermostat and lighting conditions.

They are a bean counter supreme while taking the roll, a construction foreman when it comes to projects involving paper, cardboard, scissors, white glue, Popsicle sticks, and Legos.

They are called on to be a mentor, psychologist, a coach and nurse, a spokesperson and philosopher, a futurist who teaches history, an artist who’s a mathematician.

To the younger students they teach calligraphy, and to the older ones, become their editor. They are an inspirational speaker, a muse, and life-coach extraordinaire. They are a human dictionary, Thesaurus, encyclopedia, and loose-leaf book of facts rolled up into one. They deliver the news like a polished newsperson who never uses a script.

They are secular fathers who listen to confessions like, “The dog ate my homework,” and “My computer battery went dead,” and offer academic redemption through application, study, and hard work.

Hollywood courses through their blood, so they are a producer, a projectionist, and sound system specialist. They are capable of running various machines of learning. The inner workings of computers and other machines and devices of the present and future are not beyond their grasp. While the rest of the world suffers Future Shock, they are up to date on everything.